Many children in Scotland live as part of a step family. Some families want to make the relationship between child and step parent more formal, with adoption often being the first thing they consider. This article explores step-parent adoption in Scotland, and also looks at the other options that are available.

Adoption means that the relationship is clearly recognised by law. Once adopted, the adopter will be considered in law as the child’s parent.  That means they will have rights and responsibilities for the child, including the responsibility to provide financial support.  It means everyone can have the same surname, if they wish, and the parent-child relationship is clear and permanent. It is important to be aware that it will continue even if the birth parent and adopter separate at a later point. The other aspect of the adoption is that it severs the legal relationship between the child and their other birth parent, which, can be desirable, but can also be confusing or cause the child distress or a sense of loss. It also means the child is no longer entitled to inherit from their other birth parent or their family, which could be to their detriment at a later stage.

In order to make a step parent adoption application, the proposed adopter must be married to, or be in a long term relationship with, the child’s parent, and the child must be under 18. The first step is to notify the local authority of the step parent’s intention to adopt. A social worker will then visit the family and compile a report which gives their view on the adopter’s suitability and on the adoption in general. Once the report is complete an application can be made to the Court. Normally this would be the local Sheriff Court. The court then appoints an independent professional to visit the family and provide a second report. They will also insist on the application being sent to the other parent so they are aware of the application. If all goes well then the Court can grant the application. If there is an objection then a full hearing will be needed. An unopposed application will normally take around 3 months from the date the application is made to the Court. Opposed applications take considerably longer.

If the child is over 12 years old then they must consent to the adoption. If the child is under 12 years old then the court will still want to know what the child’s views are, in so far as it is possible to determine, depending on their age. The child will therefore be asked what they think about the proposed adoption by the independent professional appointed by the Court. That can cause difficulties for families where the child doesn’t isn’t aware that the proposed adopter is not their natural parent, or where there is a concern that speaking to them about their natural parent and/or the adoption will cause them stress or upset. That is something that needs to be factored in when considering whether or not to make an application for adoption.

The main alternative to adoption in Scotland is for the step parent to apply for parental rights and responsibilities. This can be done in conjunction with an application for a residence order (formerly a custody order). An application like this is also made to the court but differs from adoption in that, while it confers similar rights and responsibilities and so gives the step parent more of a standing, it only applies while they are still a child, and the step parent doesn’t become a legal parent. It is normally more suitable where the child still has a relationship with their other natural parent as they then retain their legal standing as parent. In this scenario three adults would have parental rights and responsibilities for the child, namely the two parents, in their capacity as parents, and the step parent, by virtue of the Court order. This type of application would also need to be notified to the other parent, and the child would also be asked for their views. 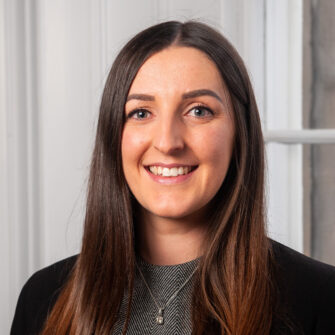 To find out how we can help you with this topic or others, contact our expert teams or Melissa Strachan directly.