In July, the Scottish Government published a consultation on proposed amendments to parts of the Scottish Planning Policy (SPP) that would remove a presumption in favour of sustainable development. The consultation stated that it was a “clarification” of policy following the decision of the Inner House of the Court of Session in Gladman Developments Limited v Scottish Ministers [2020] CSIH 28. Significant concern has been raised by developers across a number of industries.

The court acknowledged that a proposed housing development which remedies a housing shortage, even to some extent, almost inevitably contributes to sustainable development. The court stated that the correct approach where there is a housing shortage is to regard that shortage as a “significant material consideration”. The decision maker must still determine whether overall the development is to be regarded as sustainable taking into account adverse impacts (i.e. when weighed against factors such as greenbelt, environmental polices etc.) and whether permission should be granted.

The result of this is that the starting point for a decision maker will be that there is a presumption in favour of a housing development that provides (at least in part) a solution to a housing shortage. The decision maker must then consider whether the adverse impacts “significantly and demonstrably outweigh” the benefits.

Following the decision the Scottish Government launched a consultation, which closed on 9 October, suggesting “clarification” of the policy, by removing it. This has raised significant concerns, especially amongst housing developers and the renewable energy industry, albeit for different reasons.

Turning to the former, removal of the presumption will have an adverse impact on the likelihood of housing developments being granted planning permission. This will deal a blow not only to housing developers, but also to the people needing homes in areas of the country where the presumption would have worked in favour of proposed developments aiding housing targets. A continuing shortage in homes, coupled with increased demand, will likely drive house prices up and make affordable housing even harder to find.

The renewable energy industry has unsurprisingly reacted unfavourably to the proposed changes. A major concern is the impact the change might have on the prospects of success for renewable projects where the application relates to a site where the development plan is out of date. At the very least, the policy messaging appears inconsistent with the climate emergency and biodiversity crisis.

It remains to be seen whether the consultation can persuade the Scottish Government to change their mind. It is important to note that, pending any outcome of the consultation, the existing policies in the SPP remain in place and current planning permission applications are unaffected. 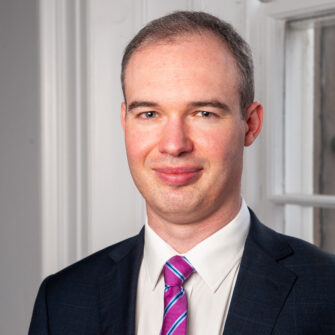 To find out how we can help you with this topic or others, contact our expert teams or Colin Hamilton directly.

Our experienced team advises on a broad ranges of planning and environmental matters.