Carbon sequestration under the Woodland Carbon Code: Some important considerations

For those operating in Scotland’s rural land market the surge in interest and corresponding hike in the value of tree planting land will not have escaped their notice.

Sitting behind much of that interest is the opportunity to sequestrate carbon by securing accreditation for such proposed planting under the Woodland Carbon Code.   For those who are unfamiliar, the Woodland Carbon Code (WCC) is the quality assurance standard for woodland creation projects in the UK and generates independently verified carbon units which can be used for carbon emission offsetting purposes. The WCC is operated by Scottish Forestry, backed by the Government and endorsed by ICROA, the global umbrella body for carbon reduction and offset providers in the voluntary market.

To obtain accreditation under the WCC it is necessary to pass the “additionality test”.  This requires that the carbon sequestration under the proposed planting scheme must be over and above that which would have happened anyway in the absence of a given project or activity.  In essence this means that if a planting project can be made to stack up financially without needing the income generated by the sale of carbon units then it would not pass the additionality test.

Much debate has focused around this test not least because a number of recently accredited schemes could be considered as commercial planting.  Arguably these are economically viable without the additional carbon income.  Whilst having your cake and eating it might seem an attractive idea, the risk to the wider industry in having a discredited standard of carbon sequestration is clearly one to be avoided.  For this reason the additionality tests are currently being revisited with a view to ensuring the integrity of the WCC is preserved.

Given the proposed tightening of the additionality test it is all the more important for those who might seek to accredit a planting scheme under the WCC to pay particular attention to wider biodiversity and other environmental opportunities that the land may be able to offer.  Whilst it may not be possible to monetise these today that may well change.  In terms of the additionality test, all expected income streams/credit sales should be included in the WCC additionality assessment at the time of validation.   If further income streams/ credit sales are identified later, evidence may be requested to show that the project was not aware of this income opportunity or had not entered into a separate agreement at the time of WCC validation.

One can therefore see the value of having a broad understanding of the possible opportunities that the land may be able to offer not only in terms of satisfying the additionality test but also in terms of how the commercial opportunity can best be structured.  For example, the wider benefits of woodland creation projects (being more than the simple sequestration of carbon) could be ‘bundled’ with the carbon unit when they are sold or kept separate.  That in turn will inform the terms of any contracts for sale of carbon units or letting of the land for others validate planting schemes.

It is a brave new world and as ever there is more to this than meets the eye.

If you would like further information on the points covered in this article, please contact our Land and Rural Business team. 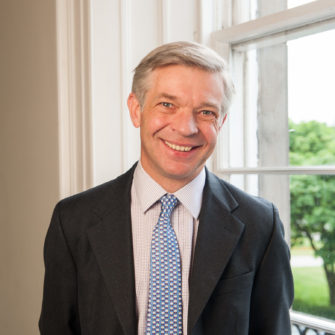 To find out how we can help you with this topic or others, contact our expert teams or Robert Scott-Dempster directly.