As featured in Law Society of Scotland’s Journal

A renaissance of land reform is probably one of the major achievements following the foundation of the Scottish Parliament in 1999. It’s worthwhile remembering where things were a quarter of a century ago. The Parliament was only a political project. Andy Wightman’s book <Who Owns Scotland> was only to be published in 1996. It was still a few years before the Land Reform Policy Group, established following the Labour victory in the 1997 election, was to report. Following the establishment of the Parliament, one of the first land reform endeavours was to introduce the legislation formally putting the feudal system six feet under, though it was seen in the profession as largely a “conveyancing” issue at the time.

There have been two flurries of activity. The first major piece of legislation was the Land Reform (Scotland) Act 2003. This enshrined in law the so-called “right to roam”, more properly the right of responsible access, and brought in the pre-emptive community right to buy and the crofting community right to buy.

The next push was when the 2014 Land Reform Review Group proposed a wide range of changes, with suggestions for policies to modernise and diversify land ownership and encourage sustainable development. This led to significant alterations to the community right to buy, contained in the Community Empowerment (Scotland) Act 2015 and the Land Reform (Scotland) Act 2016. It has nevertheless taken longer to bring some of these provisions into force, and the “sustainable development” right to buy in the 2016 Act is only slowly emerging from the nest.

In order to maintain the impulsion on all matters land reform, the 2016 Act created the Scottish Land Commission. This consists of a board of five plus the (Agricultural) Tenant Farming Commissioner; it has been established in Inverness since 2017.

The overarching statement of purpose behind the Land Commission is the “Land Rights and Responsibilities Statement”, published following the 2016 Act. The six principles within the statement are designed to promote the balance between public and private interests and respect for human rights. They state that there <should> be a more diverse pattern of land ownership and that local communities <should> have land-based opportunities which will contribute to the community’s wellbeing. Other principles mention the importance of landowners acting as stewards for future generations, transparency of ownership information and the wish for greater collaboration and community engagement.

Some sectors of the legal profession have necessarily paid close attention to some of the Commission’s work, for example the various codes and guidance documents issued by the Tenant Farming Commissioner to help encourage good relations between agricultural landlords and tenants. These have been generally well received. The Commission has not been idle elsewhere, and numerous papers have been prepared since 2018. It divides its non-farming work into broad areas: “good practice”, “ownership”, “housing and development”, and “tax and fiscal”.

Amongst the “good practice” papers which the Land Commission has produced are several about community engagement, diversification of ownership, and good stewardship. Under the heading of “ownership”, perceived as fundamental by many, there are extensive papers on the website about comparable international experience and issues arising from the scale and concentration of ownership.

Under the “housing and development” thread are comments on ways of improving the use of derelict land and suggestions for improved delivery of “more homes and better places”. In particular, it points out that in the last 50 years, the share of the national wealth taken up by the ownership of dwellinghouses has increased significantly, but this begs the question whether anybody other than the baby boomers is better off in a practical sense. Under the heading of “tax and fiscal”, the Commission has ranged quite broadly, examining the scope for that hardy annual the “land value tax”, and discussing other ways of sharing the value of land consequent upon changes due to public decisions, as for example by the planning authorities.

The cynics amongst the profession might suppose that the commissioning of these papers is merely a way of recycling taxpayers’ money to academics and consultants. We can see however that had the Commission not existed, most of these ideas would have remained within academic or activist circles, without necessarily getting a broader exposure and consideration publicly. Anybody involved in acting for developers, whether commercial or residential, could do a lot worse than read some of the Land Commission papers to see where Scotland might be headed. Initially, land reform was sometimes seen as very much a rural and countryside activity, and not something that should concern bigger businesses in urban settings. We should however be in no doubt that some of the proposals would represent quite a change to many types of business, both urban and rural.

Land reform, which was a fairly general expression back in the late 1990s, has now become much closer to the mainstream in today’s Scotland. There are however a number of significant questions as to where it may head in the future.

We should remember that a major part of the history of the law in Scotland is a succession of changes to the way in which land, such a major asset, is owned or managed. Consider the Leases Act 1449, before which there was no real right in a lease; and the abolition of the heritable jurisdictions in 1747 after the ’45, which was a drastic bit of land reform on any view. Although not so perceived at the time, the transfer of value which the development of the crofting legislative structures has brought about has been immense.

Consider also the Agricultural Holdings (Scotland) Act 1949. The farm tenants, who had helped keep the country fed during the U-boat campaign of World War 2, were given security of tenure. The same can be said of the Town and Country Planning Act in 1947 and the abolition of future feuduties in 1974. All these interventions in the way land is owned and used were thought to be a big deal in their day, but are now part of the furniture.

We are probably too close to the current phase of land reform to see just what changes may flow from the recent efforts to promote it, but nobody should be in any doubt that the suggestions of the Land Commission, if carried into effect as policy, would mean that our successors in the profession will be living in a rather different Scotland from the present, never mind 25 years ago. Keep watching that space! 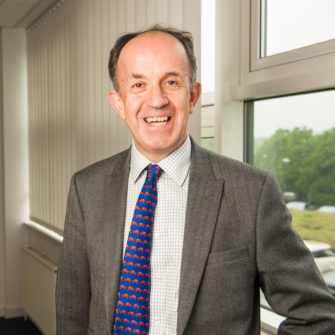 To find out how we can help you with this topic or others, contact our expert teams or Mike Blair directly.