Securing suitable rights for cabling and access are a critical aspect of any development project. These rights are typically obtained in the form of servitude rights. From a developer perspective, any such servitudes must be properly constituted and sufficient for the required purpose. From a landowner perspective, such servitudes should be limited to the agreed purpose and not unduly impact their wider landholding. Often a landowner will wish to impose certain conditions that will apply when the servitude rights are exercised.

The interpretation of servitude conditions was considered in the recent case of Duncan v Glasa [2020] CSOH 20. The case concerned (among other things) a servitude right of access for the purpose of a renewable energy development. As is usually the case, the right of access was subject to several conditions which restricted or regulated its use. One such condition was that the developer, in exercise of their rights of access, was to pay compensation for trees felled in connection with the construction of the access AND construction of a “new bridge”. It was this condition that the landowner sought to enforce.

It was argued by the developer that this condition was not enforceable. In short, their argument was that the condition was a personal agreement to agree some form of compensation in the future. It was not a condition that was capable of “running with the land” and therefore binding future successors (in legal terms it was not “preadial”). It was not therefore a valid servitude condition.

It was held that the reference to compensation for trees felled in connection with construction of a new bridge did not relate to the servitude. The servitude was expressed in terms of access, not for bridge construction. Therefore, the necessary link between the condition and the servitude was not present. As a result, the condition was unenforceable. The obligation to pay compensation for trees felled around the access was enforceable as it did relate to the underlying servitude of access.

The key point to take from the Duncan case is that servitudes and their conditions will be subject to scrutiny and must be tightly drafted. A servitude condition must have a preadial element and be connected to the underlying servitude. It will ultimately be the landowner who seeks to enforce servitude conditions attached to a servitude and if not properly drafted the outcome could be that the servitude right is valid but the condition is not. 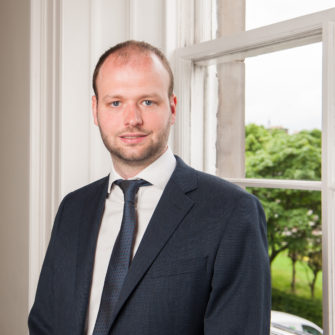 To find out how we can help you with this topic or others, contact our expert teams or Stewart Crosbie directly.