Articles of association are essentially the charity’s rule book telling you what you can (and importantly cannot) do so it is crucial these are fit for purpose.  Below are our top 5 tips on what a charity should be considering for its articles.

Within a charity, the trustees will run the charity (taking day to day decisions) and the members will be involved in more fundamental decisions like changes to the constitution.  This is often misunderstood, especially if a charity has the same people or entities as trustees and members.  Check the articles to see if you can have one person as both and make sure you know who is doing what in each role.  There may also be provision in the articles that sets out minimum and/or maximum numbers of trustees or members – be sure to check this and don’t go over or under these numbers.  The constitution should set out any minimum and maximum number of trustees for the charity and it is good practice to have at least three trustees.  There is no upper limit but note that too many could make it difficult to make decisions.

Charities will often have term of office for trustees of the charity, and you should consider what is appropriate for your organisation.  It is important to keep on top of this and check when a trustee’s term is up and whether they are eligible for re-election to the post.  This is not something Companies House will actively check so you will need to have procedures in place to comply with any term of office provisions.  Separately, you should check the constitutional documents for any grounds for disqualification as a trustee.  There will be certain mandatory grounds for disqualification (like bankruptcy or similar) but you may also consider an additional ground for non attendance at meetings so you have trustees on the board who are fully complying with their duties to act in the interests of the charity.

Before any decisions are taken in meetings, an appropriate quorum needs to be present.  If you are setting the quorum in your articles of association, you should strike the right balance between (i) decisions being taken by a small number of trustees or members and (ii) decisions being impossible to make because a quorum is never achieved.  A good rule of thumb is to go for a majority of trustees (for trustee meetings) and 1/10 of the membership.

The final piece of advice is not specific to articles, but definitely applies to them.  Keep all documentation relating to your charity under review and modernise or update where necessary.  You might also consider getting an outside organisation to vet or review your constitution to ensure it is fit for purpose (and can be especially useful if you are looking for funding). If you do update the articles, make sure you file them with Companies House (if a registered company) and with OSCR (the regulator of charities in Scotland) or any other equivalent body. Remember that any changes to the charitable purposes will need approval from OSCR prior to being adopted. 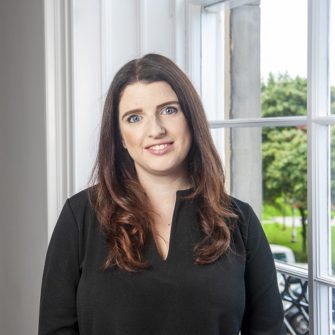 We advise businesses and organisations on a wide range of corporate and commercial legal matters.