Know your roots: Responsibilities for a fallen tree

Scotland is considered by many to be one of the most beautiful countries in the world, the same however cannot be said for its weather. Scotland’s climate is very changeable and it should come as no surprise that often we experience four seasons in one day.

Winter can be a particularly turbulent time of year in Scotland and just a few months ago we encountered Storm Arwen, which saw about 1 million m³ of fallen trees (about 400 Olympic-sized swimming pools full of timber)[1].  In the last few days many parts of Scotland experienced similar stormy conditions with the arrival of Storm Corrie and Storm Malik and faced similar, if not worse, levels of damage to property and forestry.

This  raises the question of whose responsibility is it to clear the fallen tree? And who should bear the cost?

The basic position in Scots property law is that the owner of the land upon which the tree is situated also owns the tree. This is based on the principle known as ‘accession’ whereby two pieces of physical property become joined in such a way that the accessory property (the tree) is considered to have become subsumed in the principal property (the land).

When a tree falls onto neighbouring land, one might assume that the owner of the tree is responsible for removing the tree. However, this is not the case.

No fault? No problem

The area of law in Scotland that deals with legal wrongs is known as Delict. This is a vast topic but for the purposes of this article, it is sufficient to say that for legal liability to arise, a person must be at fault.

If a tree falls in a storm, is the owner of the land on which the tree sits at fault? In practise if the owner of a tree knows that the tree is diseased or decaying and fails to act, if the tree falls onto neighbouring land then the owner must cover the cost of removal and any damage caused.

On the other hand, if the tree was healthy and falls onto neighbouring land due to high winds in a storm, tree owner is not at fault and much like the tree, the loss lies where it falls.

It is important to note however that although there is no obligation on the owner of the fallen tree to remove or cover the cost of the removal where he is not at fault, this does not mean that there is a change in the ownership of the tree. In effect, this means that the owner of the neighbouring property upon which the tree has fallen cannot decide to chop up the tree and keep the wood. If the neighbouring owner did arrange for the tree to be chopped, the wood must be returned to the owner of the tree, unless a different agreement has been mutually agreed.

The general position discussed above is caveated when it comes to public roads. The Roads (Scotland) Act 1984 is clear in its position that where a tree overhangs a public road so as to endanger or obstruct, or has fallen on to the road, the roads authority can demand that the tree owner removes the tree, or that the owner covers the road authority’s costs incurred in removing the tree.

Scottish weather may be unpredictable but the position regarding fallen trees is not.  If you have any questions about the content of this article or are seeking more general advice, please get in touch. 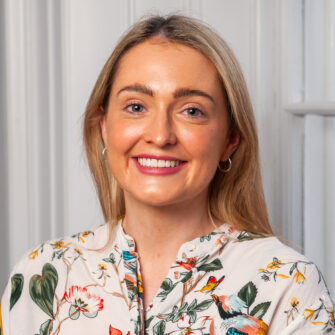 To find out how we can help you with this topic or others, contact our expert teams or Rachael Burke directly.