Land based tax reforms in Scotland?

The latest report to be published by the Scottish Land Commission looks at the role taxation can play in helping the Scottish Government to achieve its objectives for land reform.  The report includes substance from various other sources and specifically ties into A Framework for Tax, published by the Scottish Government in December 2021.  The Framework outlines strategic objectives, recognising that “tax policy will also play a crucial role in ensuring fiscal sustainability, tackling climate change and reducing inequality” in Scotland.

The main focus of the Land Commission report is on what can be achieved within the devolved powers, adhering to the principles of Land Reform and bearing in mind the economic uncertainty created by COVID as well as looking ahead to the Government’s Net Zero targets.

Land and Buildings Transaction Tax (LBTT) is already a devolved tax and there is a recommendation that this tax could be used more effectively to shape the land market. Similarly, non-domestic rates are controlled through The Scottish Government and council authorities and could be better used to incentivise reuse and repair of existing buildings.

The report stops short of making a proposal to introduce a single land value tax at present.  However, there is a firm recommendation to bring all land onto the valuation roll and to commit to the development of a cadastral approach for land registration, building on the current work of Registrars of Scotland.

Which leads us to ask, what might be proposed once all land is on the valuation roll?

A hint of an answer to this question is provided in the section of the report covering Natural Capital and emerging markets.  The commentary alludes to the rapid evolution of land use in Scotland, with an increased emphasis on the environment and helping businesses and the Government to reach Net Zero.  This shift in land use and ownership has already had a sharp impact on land values and the carbon credit trading market, whilst still in its infancy, is also developing at pace:  “This significant new driver in the land market is one example of why we recommend above that all land is brought on the valuation roll.  It is a necessary pre-requisite in order to have the flexibility to develop new targeted taxation measures in the future.”  The Land Commission’s recommendation is that The Scottish Government should give specific consideration to how taxation can secure a balance of public and private benefit from future carbon values.

For those of us living in Scotland, this report extends a period of uncertainty for tax policy where, in recent years, there have been numerous reviews of both the Inheritance Tax (IHT) and Capital Gains Tax (CGT) legislation.  We breathed a collective sigh of relief when the Chancellor, Rishi Sunak, wrote to the Office for Tax Simplification in November 2021 to confirm no changes to IHT “at the moment” and to accept minor recommendations for CGT administration, but no substantive legislative changes.  We thought we had a solid tax legislative base again from which to operate, with no proposed changes in the near future, but we find ourselves again in the realms of “watch this space”.

Of course, the capital tax regimes, with which many of us are very familiar, are reserved to Westminster and so cannot be reformed by the Scottish Government.  Notwithstanding this current legal basis, the Scottish Land Commission report does recommend The Scottish Government should engage on a UK basis to encourage a progressive approach to support diversification of ownership and tenure.  We shall see if this recommendation bears any fruit. 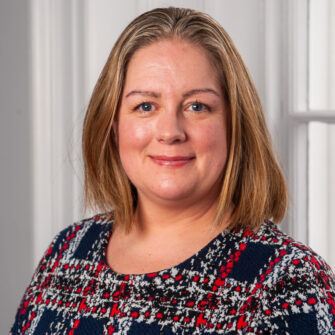 To find out how we can help you with this topic or others, contact our expert teams or Lisa Macpherson-Fletcher directly.