In recent months carbon capture and how landowners (and those entitled to use land) might be able to capitalise on it has been at the forefront of the rural business sector. The market for carbon credits has caught the interest of many landowners and tenants looking to both contribute towards net zero targets and to benefit financially from the sale of carbon credits.

One aspect which is worth considering is whether land subject to crofting tenure is suitable for use in connection with carbon capture and capitalising on selling carbon units, either through the Woodland Code or the Peatland Restoration Code.

Peatland is highly prevalent within the crofting counties, and common grazings in particular have high levels of peatlands within them which are not always actively managed. The use of peat is deeply embedded in the history of crofting, both utilising it as a fuel source as well as a building material.  With modern practices in respect of building and fuel consumption moving away from peat, there is an opportunity for crofters, particularly those who share in common grazings to restore the peatland and potentially see some financial return for their efforts.

Shareholders in a common grazing are permitted to use common grazings for managed conservation, which would include peatland restoration provided there is no detriment to the landlord’s interests. The interested shareholders must act together and make decisions via meetings and votes to agree to the proposed scheme.

It is also open to the landlord to apply to the Land Court to resume land from a common grazing to establish a peatland restoration scheme. There are certain standards which need to be met for a resumption application to be approved, and the view is that it would be a stretch to successfully resume land for peatland restoration (unless there was the full support of the shareholders).

Woodland crofts have also been more prevalent in recent years despite the rights to establish forestry on croft land being permitted since 1993. With the political winds blowing in the direction of tree planting, supporting rural communities and net zero more generally, it is easy to see where planting on croft land and common grazings fits in. The option of planting trees on common grazings is supported in the legislation, but both the landlord and the Crofting Commission must consent to the planting before it is established.

Shareholders are entitled to a one-half share in the uplift in value of the land. It is likely that any income derived from selling carbon units would be included in this share, which should be considered when the landlord is determining the viability of any scheme.

It is possible for the landlord and tenants (or shareholders) to choose to work together to establish a carbon capture scheme. Agreement as to who takes responsibility for what, and details of the financial aspects should be contained in a written contract. It may seem like wishful thinking to have a landlord and tenant working closely together but it is certainly worth considering in the current climate.

The crofting legislation pre-dates the Peatland Restoration and the Woodland Carbon Codes and was enacted quite some time before the environmental crisis became headline news. The reality is that the current legislative framework doesn’t make it particularly easy for either landlord or tenant, but there are workarounds and procedures which will enable parties to produce schemes which qualify under one of the two codes. 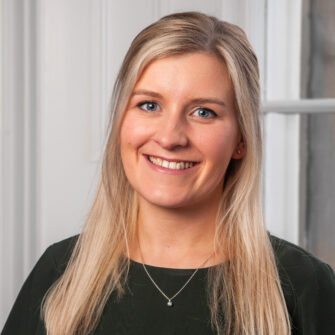 To find out how we can help you with this topic or others, contact our expert teams or Amy Eakin directly.