Given the current uncertainties over the future of agricultural subsidies, many Scottish landowners have already sought to add value to unproductive “less favoured” land through afforestation. In addition to providing shelter for livestock, enhancing the landscape, increasing biodiversity and generating a long-term investment opportunity, woodland creation (through carbon sequestration and storage) also forms part of the Scottish Government’s “Net Zero” plan of reducing all greenhouse gas emissions to zero by 2045. The hope is that the capital grants and annual maintenance payments made available to landowners through the Forestry Grant Scheme will lead to the creation of 18,000 hectares of new woodland across Scotland each year from 2024/25.

The further good news is that landowners who are looking to increase business productivity by means of woodland creation, need have little or indeed any exposure to the vagaries of Scotland’s mainstream planning system. This is because the use of land and buildings for forestry purposes does not fall within the statutory meaning of “development” requiring planning permission. Provided certain conditions, dealing principally with location, scale and ground area coverage are met, the engineering and other operations involved in the formation of any “reasonably necessary” haul roads (described in the legislation as “private ways”) into and out of the proposed woodland area or the construction of any building that is both “reasonably necessary” and specifically designed for the forestry purpose, will be deemed to be “permitted development” not requiring the grant of an express planning permission.

Essentially, all that is required in order for these permitted development rights to be properly engaged, is compliance with what is colloquially described as the “prior notification procedure” set down in part 7 of Schedule 1 of the Town and Country Planning (General Permitted Development) (Scotland) Order 1992 (as amended). As the label suggests, in addition to a written description of the woodland creation proposal, details of the siting and means of construction of the haul roads and/or the siting, design and external appearance of the proposed new forestry building require to be notified to the local planning authority ahead of work commencing. The authority then has a statutory period of 28 days following the date of its receipt of the prior notification application in which to advise the landowner whether in its view the proposals require its prior approval. If the local planning authority fails to intimate its decision within the required 28-day period, the details, as submitted, will be deemed to have been approved. Alternatively, if the Council timeously confirms that its prior approval is needed, the work will require to be carried out in accordance with the finalised details approved by the Council. All relatively straightforward.

Where regulatory complication (with all its associated delay and expense) can arise, however, is if the work involved in the tree planting or haul road formation is deemed likely to have a significant effect on either the environment or the conservation objectives of a designated “European site” (that is, a Special Protection Area classified under the Birds Directive, a Special Area of Conservation classified under the Habitats Directive or a “candidate” Special Area of Conservation).

If a significant effect on the environment is deemed to be likely to arise, then ahead of the afforestation/forestry roads formation work commencing, the proposals will first require to be “screened” by Scottish Forestry to establish whether they fall to be categorised as an “EIA forestry project” that requires to be taken through a formal procedure underThe Forestry (Environmental Impact Assessment) (Scotland) Regulations 2017 known as an environmental impact assessment (EIA).

When determining whether an afforestation project needs to be screened as a potential EIA forestry project, Scottish Forestry is required to take account of the “thresholds for the identification of projects likely to have significant effects on the environment” set out in Schedule 1 of the 2017 Regulations.

Briefly and very generally; provided no part of the land covered by the proposed project, lies within a “sensitive area” (such as a National Scenic Area, a Site of Special Scientific Interest or a European site) the need for Scottish Forestry to consider whether a significant effect on the environment would be likely to occur if it were to be permitted to be carried out, will only arise if the extent of the land that is proposed to be planted exceeds 20 hectares or, in the case of forestry road formation works, the area covered by those works exceeds 1 hectare. This means that unless “exceptional circumstances” apply, any afforestation project and/or forestry road formation works that fall(s) below these prescribed land coverage significance thresholds will not require to be “screened” as a potential EIA forestry project. However, if those thresholds are exceeded or if any part of the land covered or proposed to be covered by the project lies within a prescribed sensitive area (where (other than in a National Scenic Area where the afforestation land coverage significance threshold is reduced from 20 to 2 hectares) no threshold of significance applies), Scottish Forestry must be contacted and asked to provide a formal opinion confirming whether the works in question should be regarded as an EIA forestry project that requires to be assessed for likely environmental impact.

In carrying out this screening exercise, Scottish Forestry will apply the project location and characteristics criteria set out in Schedule 2 of the 2017 Regulations. This will include it taking account of the impact of identified effects being sufficiently reduced through the application of appropriate mitigation measures.

If the screening opinion confirms that the project is likely to have significant effects and should thus be treated as an EIA forestry project, the landowner will require to obtain an “EIA consent” from Scottish Forestry before the proposed operations can lawfully commence. The consenting process requires that the landowner provide Scottish Forestry with an “EIA report”. Schedule 3 of the 2017 Regulations sets out the scope of the environmental information that the EIA report is required to provide. Following receipt of the EIA report, Scottish Forestry will consult with the prescribed external bodies, including the local Council, SEPA and NatureScot, and examine all the ingathered information before coming to a reasoned conclusion on the “significant effects of the EIA forestry project on the environment”. Having completed the EIA procedure Scottish Forestry can then either grant the project an EIA consent, subject to the “mandatory conditions” (which require that the project is started within 5 years of the date on which the EIA consent is issued and completed within 10 years of that date) and such “further conditions as they think fit”, or refuse the application. A refusal decision can be appealed to the Scottish Ministers.

Further procedural complexity arises if any part of the land affected by the afforestation project is located within or near to a “European site”. In those circumstances (in addition to the need for an EIA) the landowner will need to consider whether the “appropriate assessment” procedure under The Conservation (Natural Habitats, &c.) Regulations 1994 (as amended) might also be engaged. In terms of the 1994 Regulations Scottish Forestry is required to consider whether any proposed forestry project will have a significant effect on a European site. Unlike an EIA there are no significance thresholds below which the requirement for an appropriate assessment need not be considered. The determining factor is whether the forestry project in question could adversely affect the conservation objectives of the “qualifying features” for which the European site in question was classified.

If a likely significant effect on the protected habitat and/or species is identified, Scottish Forestry cannot approve the project unless it can be shown beyond reasonable scientific doubt that the integrity of the European site’s conservation objectives will not be adversely affected if the proposed planting and/or private way formation work is allowed to be carried out. This is established by means of an “appropriate assessment”. Anyone applying to Scottish Forestry for a grant under the Forestry Grant Scheme in circumstances where it considers that the proposal is likely to have a significant effect on a European site, must provide Scottish Forestry with the information it needs, in the first instance, to properly establish whether an appropriate assessment has to be carried out and, if the conclusion drawn is that it does, to thereafter properly carry out its appraisal. If uncertainty remains after mitigation and any further refinement of the project are taken into account, a grant cannot be made, and the project will not be allowed to proceed.

The key with any Scottish afforestation project in terms of minimising landowner exposure to regulatory burden, therefore, is to stay under the “radar” by promoting the tree planting on land that lies outside the prescribed “sensitive areas” and has surface cover of less than 20 hectares. It goes without saying that if a sensitive area is likely to be affected by your afforestation proposals, expert “screening” advice should be obtained ahead of any grant or authorisation being sought.

If you have any questions about the issues raised above, please get in touch. 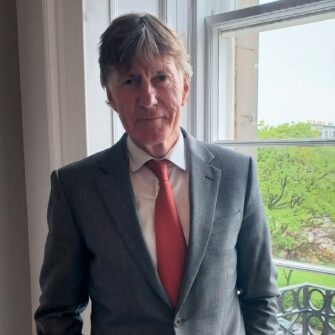 To find out how we can help you with this topic or others, contact our expert teams or Sandy Telfer directly.

Our experienced team advises on a broad ranges of planning and environmental matters.