On 7 April 2022 the UK Government released their highly anticipated ‘British Energy Security Strategy’.[1] This new strategy focuses on how the Government plans to provide the UK with energy security and increased independence from a volatile international market. While the strategy has not met with universal acceptance by many commentators, this note is to advise on its content.

Since Boris Johnson’s original announcement that it would be delivered by 11 March 2022 there have been several delays surrounding the release of the strategy. The reported main points of contention behind these delays relate to onshore wind power, fracking and funding for nuclear power.[2]

The strategy has been introduced against a backdrop of external pressure. Global energy prices have skyrocketed as demands for oil and gas have surged after the Covid-19 pandemic. This has led to soaring energy bills in the UK and households facing an increase in the overall cost of living. This problem has been compounded by Russia’s invasion of Ukraine. Russia dominates energy supply across the EU, accounting for about 40% of gas and 27% of oil imports. While the UK is less directly exposed to the risk associated with Russian supplies (which make up around 4% of total UK gas supply and 8% of oil), prices are still subject to increases across the international market when EU supplies from Russia are affected.

The Government is eager to phase out its reliance on Russian oil and gas imports. Kwasi Kwarteng, the Secretary of State at the Department of Business, Energy and Industrial Strategy, has noted that a push for domestic energy production and an accelerated transition to cheaper, cleaner energy sources will help combat the UK’s exposure to these high international prices.[3]

The key points to take away from the new energy strategy are as follows:

There is a focus on building a more self-sufficient UK energy system with power that can be relied upon ‘even when the sun is not shining, or the wind is not blowing’. Following this, a significant emphasis is placed on increasing reliance on nuclear power, with plans to install up to 8 nuclear reactors in the next decade and a focus on the use of Small Modular Reactors. The aim is to source 24GW from nuclear power by 2050. Nuclear projects will be overseen by ‘Great British Nuclear’, a new Government body, and funded by a £120 million Future Nuclear Enabling Fund. The SNP and the Scottish Greens are not in total agreement with the strategy, and under the current Scottish Government it is unlikely that new nuclear developments will be permitted in Scotland.

The Government is focusing on increasing the production of offshore wind power by reforming planning laws to cut approval times for new wind farms, with a higher production target of up to 50GW by 2030.

For onshore wind power there are no changes to English planning regulations, but the Government has indicated a wish to develop partnerships with ‘supportive communities’ who want onshore wind in return for lower energy bills. In Scotland, such planning rules are devolved, with the current Scottish Government considering a policy of strengthening onshore wind deployment.

The Government have committed to reinforcing the North Sea oil and gas industry by introducing a new licensing round for projects this Autumn, and plan to create ‘Gas and Oil New Project Regulatory Accelerators’ to support and accelerate the development of new projects.

For solar power, the Government plans to simplify planning rules for installing solar panels on rooftops. They hope to see a five-fold increase in overall solar capacity by 2035.

A ‘Heat Pump Investment Accelerator Competition’ worth up to £30 million will be held to make British heat pumps. The aim of this is to reduce UK demand for gas.

With regards to improving the energy efficiency of buildings, one notable gap in the strategy is the lack of provision for a nationwide insulation policy. However, the Government claim they will zero-rate VAT for the next 5 years on the installation of energy saving materials.

If you have any questions on the content of this article, please get in touch with the Energy team. 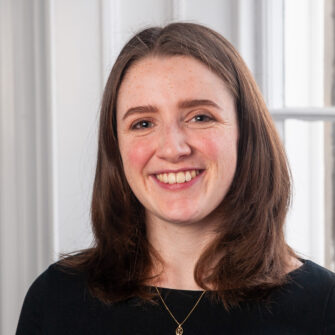 To find out how we can help you with this topic or others, contact our expert teams or Fiona Reid directly.