Following our news update on the Contracts for Difference (CfD) Allocation Round 4, it was announced last week that the allocation rounds will be released annually starting from when Allocation Round 5 is open to applications in March 2023.  The announcement was delivered in a statement to Parliament by the Secretary of State for Business, Energy and Industrial Strategy, Kwasi Kwarteng, followed by a Government press release.

As discussed in our earlier update, since launching in 2014, the CfD rounds have been released every 2 years, and the decision to move to annual rounds positively reinforces the Government’s increasing commitment to achieving a fully decarbonised electricity supply to power the nation.  This is welcome news following the BBC’s recent images published showing the levels of methane produced by oil and gas fields across the globe.

Collectively, the CfD scheme has contributed to around a 65% reduction in the price per unit of offshore wind, and a more frequent CfD allocation will only improve this figure.  This follows suit with the Government’s pledge to contribute £9.1 billion to support rising household energy bills in 2022-2023.

Mr Kwarteng stated, “We are hitting the accelerator on domestic electricity production to boost energy security, attract private investment and create jobs in our industrial heartlands…The more clean, cheap and secure power we generate at home, the less exposed we will be to expensive gas prices set by international markets.”

In conjunction with Mr Kwarteng’s announcement, the Government has recently opened a Consultation to evaluate the delivery of the allocations and how the next round in 2023 can be more effective, particularly on improving the application process and outcomes for Supply Chain Plans.  Supply chain plans which must set out both Scottish/UK and non -UK targets for each project are a key factor in building a sustainable future for renewables and home grown production and design inputs.

If you have any questions about the scheme or upcoming Allocation Round 5, please get in touch. 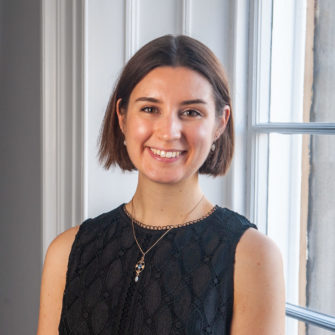 To find out how we can help you with this topic or others, contact our expert teams or Nadia White directly.