The Right to Buy Land to Further Sustainable Development

Many will be familiar with the Scottish Government’s policy objective to create a more diverse pattern of landownership in Scotland. Over a number of years there have been various pieces of land reform legislation including the Community Right to Buy Schemes.  The most recent addition; the community right to buy to further sustainable development is set to come into force at the end of this month.

The Right to Buy Land to Further Sustainable Development (Applications, Written Requests, Ballots and Compensation) (Scotland) Regulations 2020 (the “Regulations”) will add to the existing community right to buy mechanisms in Scotland by bringing into force Part 5 of the Land Reform (Scotland) Act2016.

The Regulations will, where a successful application is made, provide community groups with an absolute right to buy land where they can show its purchase will further the goal of sustainable development.

As an absolute right, this means that it will apply to land that has not been marketed for sale, and enable a sale whether the existing owner wishes to sell or not. The Regulations will be open to all urban and rural land with the exception of land containing a privately owned home, croft land or some land owned by the Crown.

In order to make an application under the Regulations, community groups will need to demonstrate that they meet the test of sustainable development:

An application to buy land under the Regulations is a potentially lengthy twelve stage process:

The application and letters that form part of the process must follow certain statutory rules. As a result a number of template forms and letters have been provided by the Regulations to assist community groups.  Responses from owners, tenants security holders etc are all required to follow a form set out in the Regulations. There are various timescales for each stage of the process to be complied with. Given the complexity of the Regulations and the Act itself anyone interested in this area should seek advice from as early a stage as possible to achieve the desired outcome. 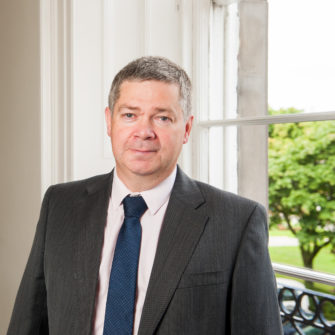 To find out how we can help you with this topic or others, contact our expert teams or Alan White directly.