A year of change…..and there’s more on the way

With Brexit and of course Covid-19, 2020 was not quiet for those in agriculture. Despite these pressures, the pace of legal and policy change affecting the sector has continued at rapid speed. Lockdowns did not stop business as usual, with the essential discussions and valuable sector shaping input provided by all those involved in agriculture continuing, albeit traditional regional forums and ringside chats at Ingliston had to be replaced by a thing called Zoom. So as we kick off 2021 we thought it wise to highlight some of the key legal changes affecting those in agriculture and look ahead to what may be on the horizon in 2021.

Private Residential Tenancy Evictions – Covid-19 emergency legislation has restricted the ability for a landlord to remove a tenant from a property. Currently anyone in Tier 3 or 4 will not be able to evict a tenant until 31 March 2021 unless the eviction is a result of criminal or antisocial behaviour. The ban on evictions does not prevent notice being served but landlords should be aware that the situation is changeable and it is unclear whether the timing of the ban for removal will be extended further.

EPC’s – Changes due to come into effect last year would have meant any new private residential tenancy of a farm cottage etc. would have had to meet a minimum EPC rating band E, with subsequent increases in the band at two yearly intervals thereafter. These changes were paused due to the Covid pandemic but it’s likely they will rear their head again in 2021 so landlords should use this pause wisely to consider if improvements to housing stock are needed.

Repairing Standard – There are a number of changes to the repairing standard coming into force over the next five years with agricultural tenants having to comply by 2027 at the latest. However for those who are landlords under private residential tenancies compliance is needed sooner. The next scheduled change is in relation to properties being fitted with interlinked smoke and carbon monoxide alarms, originally due to come into force in February 2021. Covid-19 looks to have delayed this change until February 2022 but as ever, early compliance and preparation should be considered.

Brexit – There has been a raft of legislation dealing with the change in the UK’s relationship with Europe. In Scotland, the Agriculture (Retained EU Law and Data) (Scotland) Act was passed on 1 October 2020. The Act will provide for the continuation of the CAP Scheme in Scotland until the government create a new Scottish version. It is hoped that the creation of a new version will greater reflect the unique makeup and operation of agriculture in Scotland. Additionally the legislation allows for Scotland to have greater control over marketing standards for produce. The regulations setting out the procedure for this and any revised CAP scheme are awaited but no doubt many interesting developments are on the way.

Agricultural Tenants – The 28th February 2021 will see the coming into force of the relinquishment provisions of the Land Reform (Scotland) Act 2016. This change will mean that agricultural tenants can serve notice on their landlord offering them the chance to effectively buy the tenancy back off them. Where a landlord does not exercise the option to purchase, the tenant will be able to sell the tenancy to a new entrant or progressing farmer as a secure tenancy. Read more here.

Planning – Holyrood is currently considering changes to Permitted Development Rights, the method under which a development can take place without full planning permission. Amongst the proposals under consideration is the ability for agricultural buildings to make use of PDR’s to convert to residential and commercial use. If taken forward as proposed, there could be major benefits to those who wish to diversify and secure income streams for their agricultural business – a hot topic after the damage done to some in the sector by lockdown.

Dog Attacks – 2019/20 saw over 250 reported dog attacks on livestock, however that figure is widely viewed by the sector as underreported and does not account for the cost of the damage to livestock and farm income. Legislation currently being debated before parliament could be set to try and change that with tougher penalties for the owners of dogs found to have attacked livestock set to face a maximum 12 month prison sentence and/or £40,000 fine. The bill has been widely supported by the rural sector and if passed could come into force later this year.

No slowdown in change and plenty food for thought in 2021 and beyond, but here’s hoping we can maybe pause slightly and take those all-important discussions back to the ringside once again. 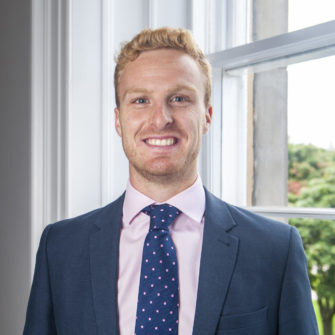 To find out how we can help you with this topic or others, contact our expert teams or Sam Conington directly.