The new telcoms code, which forms Schedule 3A of the Communications Act 2003, came into force on December 2017 and sets out rights given to telecoms operators to install and maintain their equipment on private land. The first three years of the new code being in place has been an important period for the code to be tested and considered in the Lands Tribunals.

The aim of the updated code was to assist with the rollout of digital connectivity across the UK which continues to become increasingly vital in every aspect of our lives, particularly highlighted by the events of the last year.

Another significant difference is that the new code gives the operator the right to share the site with other operators or assign their rights without requiring the landowner or occupier’s consent.

There is a difficult balance to be struck between the requirement for new developments to have good quality, reliable connectivity, and landowners/developers not wanting to restrict future development potential of a site in exchange for low rent and with limited ability to restrict or remove an operator once on site. Despite the intention of the new code being to assist with infrastructure roll out, in practice this has often made it more difficult for operators to obtain new agreements for sites.

However, a recent appeal case in the Inner House of the Court of Session, EE Limited and Hutchison 3G UK Limited v John Stewart Duncan [2021] CSIH 27, held that an operator was entitled to request that an existing agreement under the old code be terminated and replaced with a new agreement under the new code without having to identify a specific business or technical need that justified the replacement of the agreement. The effect of this decision is to make it easier for operators to ‘upgrade’ existing code agreements and benefit form the enhanced rights under the new code.

The Department for Digital, Culture, Media and Sport put out a consultation on whether further changes are needed to the code so there may be further change to come. For now, it will be important that in considering the installation of new infrastructure under the telecoms code, the benefits of good connectivity and potential long-term impact on the site are understood and evaluated before any agreement is entered into. 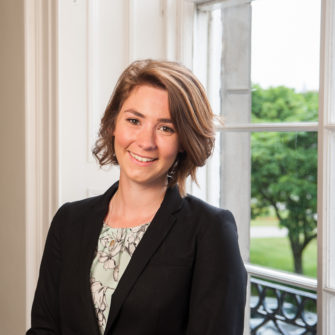 To find out how we can help you with this topic or others, contact our expert teams or Rae Gilchrist directly.