R v K (EDI-F205-21), unreported, concerned a motion for interim aliment prior to determination of whether a pre-nuptial agreement bearing to exclude all claims under the Family Law (Scotland) Act 1985 (including aliment) should be set aside or varied on the basis that it was not fair and reasonable at the time it was entered into. Raised as a standalone action for divorce by the husband, the case was defended by the wife who sought financial provision and interim aliment.

The latter was opposed on quantum and on the basis that the court should not consider a motion for aliment until it had determined whether the exclusion clause was fair and reasonable. It was argued that this could only be done after proof, and that to allow provisions of a binding contract to be cast aside on an interim basis would set a dangerous precedent having regard to our culture of entering into separation agreements which routinely exclude alimentary claims.

The defender’s submission to the contrary was that:

In the absence of case law, para 2.131 of the Scottish Law Commission’s <Report on Aliment and Financial Provision> (1981), which sets out the policy underpinning the 1985 Act, was cited. It states: “The fundamental difficulty in relation to interim aliment <pendente lite> is that awards have to be made before the facts have been properly established. For this reason the normal rules on entitlement, defences, quantification and the powers of the courts cannot apply without qualification… It is clear that in relation to aliment <pendente lite>, the court must have a wide discretion. It must be able to award aliment to someone who may at the end of the day turn out not to be entitled to aliment. It must be able to order aliment to be paid on an interim basis by someone who may at the end of the day turn out to have a good defence. It must be able to quantify an interim award in a rough and ready way on the basis of incomplete information: any other solution would result in delay which would frustrate the whole purpose of an interim award.”

The pursuer submitted that this was not on point: the fact that there may be occasions on which the strength of a defence cannot be properly assessed at interim stage does not mean that the court should disregard a pre-nuptial agreement which specifically excludes such a claim.

Sheriff Kenneth Campbell QC agreed with the defender’s interpretation. It would be “fundamentally wrong” if the court was precluded from awarding interim aliment prior to ruling on the disputed fairness and reasonableness of an agreement purporting to exclude it, which would have to be determined on another occasion. That, he said, would “load the dice against the party applying for interim aliment (in this case, the defender), since the question under s 7 will almost inevitably require proof. That would be surprising since s 7 plainly places the onus on the party relying on the agreement…, who will, <ex hypothesi>, be the paying party in an interim aliment application. Since ss 6 and 7 form part of the same statutory scheme, where s 6 is a freestanding right, separate from all questions of final financial provision, in my opinion it cannot have been intended that s 6 is excluded by a pre-nuptial agreement of the kind in this case.”

The sheriff was careful to emphasise that his decision was made against the background of a pre-nuptial agreement, not a separation agreement, and that he expressed no view about the parties’ arguments in the context of a separation agreement. In the writer’s view the decision provides some useful takeaways for family practitioners that apply to all forms of agreement that purport to regulate aliment:

This article featured in the July edition of the Journal. 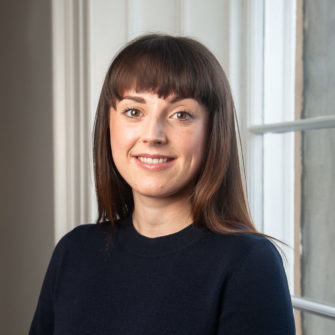