Following the Finance Act in 2017, a new category of “deemed domicile” was introduced into the UK’s Inheritance Tax (“IHT”) regime, for those who are “formerly domiciled residents” (FDRs).  The result of this is that not only have various individuals become deemed domiciled in the UK for their own IHT purposes, but a number of non-resident or offshore trusts have been caught by this trap.

How does the deemed domicile work?

A person attains FDR status where all three of the below apply:-

As a result, anyone returning to the UK, who is going to become potentially UK resident for other tax purposes, will now also need to consider whether their residency status will bring them within the scope of becoming an FDR.

How does it apply to trusts?

Where a person settles assets on trust whilst they are non-UK domiciled, such assets would usually be excluded property and outside of the scope of our relevant property regime.  By becoming an FDR, this effectively reads that back so that the assets settled whilst they were non-domiciled can now be within the scope of UK IHT.

This has come as a bit of a shock to various clients who had perhaps sought advice on their income or capital gains tax position when planning a return to the UK, but not considered the impact on their offshore trusts.

Are the trusts wholly liable to IHT?

In practice, what this means is that the assets will not be liable to UK IHT for the period they were excluded, and that the relevant quarters can be deducted in the usual manner.  However, UK IHT will apply from that point forwards meaning the trusts will suffer exit and 10 year anniversary charges.

Planning can be undertaken if it is clear a settlor will obtain FDR status to transfer assets out of the Trust whilst they remain excluded property, or it may be suitable to invest in assets qualifying for one of the IHT reliefs to mitigate the tax liability.

Difficulties can occur where parties were unaware that their offshore trust has become part of the relevant property regime and various withdrawals have been made from the trust.  This is particularly the case where the trusts hold offshore bonds and parties have continued to withdraw their usual 5% each year.

Each withdrawal made from the trust, whether cash or assets, will generate not only an exit charge, but a potential reporting requirement.  Trusts may find they have numerous IHT100 Returns to complete, with penalties and interest.

It is therefore important to identify these trusts as early as possible to bring the reporting up to date and review whether the trust (and the assets invested) still achieves its purpose.

The other big issue with these offshore trusts is that they were often created with the settlor named as a potential beneficiary.  As they were not historically part of the UK IHT regime and were excluded property there would be no gift with reservation of benefit issues.

If the assets are no longer excluded property, this brings them within the meaning of s102(3) of the Finance Act 1986 and the value is aggregated with the settlor’s estate on death.

This can create issues for settlors who had previously undertaken planning to dispose of these assets and ensure they were outside of their estate for UK IHT purposes.

Ideally, if an individual is seeking advice on becoming UK resident, any such trusts will be identified so that a reservation of benefit can be brought to an end whilst the assets remain excluded property.

Once the trust assets become relevant property, however, they have been caught by that s102 net and the difficulty is then planning around it.

By virtue of s102(4) if a reservation is brought to an end this will be treated as a deemed potentially exempt transfer.

As it is deemed, only, a lifetime disposal where a spouse becomes entitled wouldn’t get the benefit of spouse exemption, which is an issue discussed in the Society of Trust & Estate Practitioner’s (“STEP”) Briefing Note (IHT – Gift with Reservation and Spouse Exemption, 24 February 2021).

It would therefore appear that the settlor would need to survive 7 years from the gift being made before the trust assets would finally be free from that trap.

The STEP Briefing Note did give some relief as it confirmed that because s18(1) of the IHT Act 1984 applies spouse exemption to property “which becomes comprised in the estate of the transferor’s spouse”, that it can apply on death where the spouse becomes beneficially entitled to the trust’s assets on the settlor’s death (either under the terms of the settlement or by an appointment pre-death).

Some clients may be hesitant to give up their interest if they rely on regular withdrawals and may query whether they could continue to receive funds by way of loans, repayable to the trust on their death.  Whilst it may seem like a nice solution, the loans would come from assets previously settled and the other anti-avoidance net (s103 Finance Act 1986) would then drop – meaning there is little escape from this issue.

What should practitioners do?

Given the dangers of these trusts falling within the scope of UK IHT or settlor’s estates, practitioners should be wary of any clients with offshore trusts if there is a return to the UK.  Careful planning can be undertaken, but once the FDR status is triggered, the net will fall making any planning all the trickier (but not impossible). 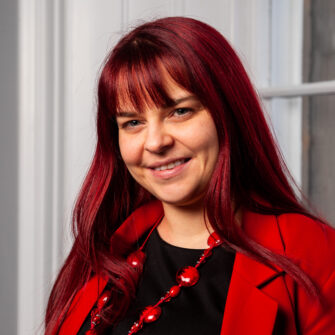 To find out how we can help you with this topic or others, contact our expert teams or Sarah-Jane Macdonald directly.

We can advise on the creation and administration of Trusts.