What is 23 years of marriage to a farmer worth?

In November 2021, the Court of Session in Edinburgh issued a judgment in a divorce case involving a family farm. It contained several features that seem to arise in just about all farming divorces – the farm land and business being the most significant items of “matrimonial property” with little else by way of resources; “non matrimonial property” being converted to “matrimonial property” and therefore becoming liable to a claim on divorce; a need to consider, in detail, the  involvement and contributions of both spouses in running the farm business; and the wide discretion of the court in deciding what a fair division of the matrimonial property might be.

Here the parties had been married for 23 years, separating in 2019.  At the time of the separation, the farmer owned two farms in his sole name.  The first farm was worth about £2M. The family home was on this farm.  The other farm was worth about £1.8M.  The value of the farmer’s interest in the farming business (he was a sole trader) including livestock, implements, machinery and crops amounted to around £700,000.  He had an entitlement, in his sole name, to the Basic Payment Scheme valued at around £53,000.  The parties otherwise had minimal savings and pensions, but the wife did have a small property in her own name.  All of these items were “matrimonial property” as they had been acquired by the parties after they had married but before they separated. The total value of the “matrimonial property” disclosed in the case totalled around £4.6M. The Court was also able to consider a loan secured over the farms and some other farm debt, including sums owed under the Agricultural Wages (Scotland) Act 1949, of around £1.7M. The “net value of the matrimonial property” available to be divided between the spouses was therefor around £2.9M.

At the date of his marriage the farmer had owned another farm – his first farm. This first farm was part gifted to him and part purchased by him prior to his marriage. The parties and their growing family lived on this first farm for the first 14 years of their marriage.  It remained in his sole name, carried on with the same farm business essentially and it was sold so that the farmer could expand that same farm business. The sale proceeds of that first farm was the seed money for the purchase of both farms owned by the farmer at the date he and his wife separated.

Nothing of the asset value of the two farms owned by the farmer at the date of the party’s separation was in his wife’s name. The wife’s claim on Divorce was based on her claim for a “fair sharing” of the net value of the “matrimonial property.” A “fair sharing” is usually an equal sharing unless there are any “special circumstances” that justify a greater than 50% share of the net value of the matrimonial property going to one of the parties. The wife also based her claim on her substantial contributions in supporting the family and working in and growing the farming business.  She said that she had invested her own money in the farm business. She had grown the property letting business on the farm.  She had worked in the farm business in many ways as well as supporting her husband in growing the farm business by doing all the  household chores and childcare. The farmer’s wife sought financial recognition for her contributions over the years of her marriage.

The farmer’s position, in relation to her claim, was that there were “special circumstances” that justified an inequal division of the net value of the matrimonial property in his favour. His claim was that as the whole of the seed money for the two farms had come from his first farm, that he owned  prior to his marriage, that should result in the majority of the net value of matrimonial property coming to him.

The Judge in this case was careful to say that each case of this type, with competing claims by both parties and where the court is asked to depart from the general rule of a 50:50 sharing of the net value of the matrimonial property, turns on its own facts

The Judge here recognised that the farmer was a good and capable farmer who had worked hard on the farming business.  He recognised the significant contribution, towards the purchase price of the two farms owned by the farmer at the date of separation, from his first pre marriage farm. He also considered the contributions of the wife in both the farm business and bringing up the family.  As a result, the farmer’s wife in this case got a cash capital settlement of £900,000, around a third of the net value of the matrimonial property, together with a monthly income sum, until the capital was paid.  Both farms and the farm business remained in the name of the farmer. 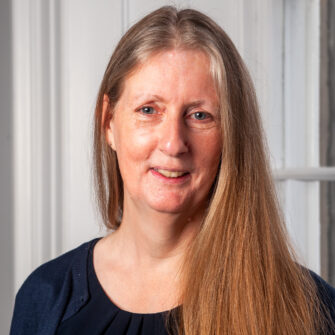 To find out how we can help you with this topic or others, contact our expert teams or Sharon Murray directly.