Retentions in construction contracts are not new: they have been around since the UK’s great expansion of the railways in the 1840s.  The rationale is straightforward – a percentage of a contractor’s overall fee is retained by the employer as a means of ensuring the works are carried out properly.  Part of the retention is normally due to be repaid at practical completion, with the remainder paid once any defects are certified as made good.  In theory, this is a reasonable concept; the contractor has an incentive to carry out the works correctly, and the employer has some comfort that the contractor will fix any faults.

However, the use of retentions has grown more contentious as margins within the construction industry become increasingly strained.  Many retentions are paid late, or not at all.  Employers and Tier 1 contractors have been accused of using retentions improperly to shore up their own working capital.  In those circumstances, the retention is not ‘ring-fenced’ and as a consequence, if the employer or main contractor becomes insolvent, then there is a risk sub-contractors further down the chain will lose their retentions.

At a recent SBCC conference, we heard anecdotal evidence that many smaller contractors do not have the will or resources to pursue retentions they are contractually due, and will often write these off.  If they do ultimately get them paid, it is considered a bonus.  This is worrying; as much as 5% of the contract price is being written off before tools are even picked up, reducing tight margins ever further.  It is estimated there are billions of pounds tied up in retentions; the collapse of Carillion left 30,000 UK SMEs without the prospect of recovering the retentions due to them, totalling up to £2 billion.

The Scottish Government is currently consulting on the future of retentions in construction contracts, with an aim to safeguard the more vulnerable members of the industry from Carillion-style collapses.  A number of alternatives are to be considered as part of the consultation, including:

It is clear there is great dissatisfaction with the current retention regime in the industry, and it will be interesting to see how the response to the consultation pans out and what effect this has on cash-flow.

One final thought: what if the focus was not so much on payment, but on quality?  Nobody buys a new car but withholds 5% of the purchase price for a year to ensure that all is in good working order; it is a matter of trust that any issues will be dealt with by the seller in accordance with any warranty that is given.  Why should the purchase of a new building be so radically different?  Perhaps if the industry could foster greater trust between employer and contractor that the finished product would be of a sufficiently high standard (and guaranteed in the event of defects arising) then the requirement for retentions may not be necessary at all… 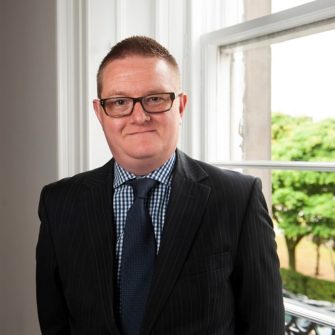