How long do I have to raise legal proceedings?

On 1st June 2022, new laws on “prescription” came into force which govern the time limits someone may raise court proceedings where they have suffered a loss. This article focuses on claims for loss arising from breach of contract but, regardless of the type of legal action, the relevant time limits should be an early consideration.

What is prescription and when does loss occur?

The law of prescription, as set out in the Prescription and Limitation (Scotland) Act 1973 (‘the 1973 Act’), provides that, generally, where someone suffers loss as a result of another’s breach of contract, they have five years to raise court proceedings: the “prescriptive period”. The clock on the prescriptive period starts running from the date on which the loss, injury or damage occurred. Whilst that date will often be obvious, it isn’t always. A person may not know that they have suffered loss until years after the fact. For example, one might instruct an architect to design an extension to their home. The extension is then built to that architect’s plans. Five years and a day later, it is discovered that the extension is in need of significant and expensive repairs. It is subsequently discovered that the reason for this necessity is the architect’s poor design, prepared and acted upon now over five years earlier. Did the loss happen when the purchaser began construction, or when they actually discovered that the works followed from deficient preparation?

To account for this, section 11 of the 1973 Act, as originally passed, provided that where ‘the creditor was not aware, and could not with reasonable diligence have been aware, that loss, injury or damage caused…had occurred’ the relevant date from which the five year period would run would be ‘the date when the creditor first became, or could with reasonable diligence have become, so aware’.

What was the issue with this approach?

On a number of occasions, the courts have been asked to determine when ‘the creditor first became, or could with reasonable diligence have become’ aware of their loss’. They have favoured a narrow approach. In WPH Developments Ltd v Young and Gault LLP [2021] CSIH 39, the pursuer, a property developer, raised an action against the architect it had instructed to plot the boundaries of its land. In 2012 the architects produced construction drawings which were subsequently acted upon, that saw the pursuer develop on land it did not own. This was not discovered until 2014, when the pursuer attempted to sell its completed plots and the error was brought to light. The action was not raised until 2018, more than five years after the drawings, but less than five years after the discovery of the error.

The defender submitted that the drawings were provided in 2012 and were subsequently acted on a month later when walls were built on the neighbouring land. Notwithstanding the fact that the pursuer did not know at that time that it was building on neighbouring land, it had incurred its loss at that stage and the prescriptive clock started running then. Their five-year window in which to raise a claim had passed. The pursuer submitted that they had actually incurred loss when they had to buy extra land and relocate boundary walls. If that analysis wasn’t correct, then in any event the prescriptive clock began running in 2014, when it first became aware that it had built on land it did not own. Their claim had therefore been raised in time.

Applying earlier case law, the Court of Session decided that the prescriptive clock started when the pursuer was aware that they had spent money (in this instance, when it began building the walls) notwithstanding that it did not know that was wasted expenditure until several years later. As the Court put it at paragraph 41 of its judgment, the pursuer ‘knew of the objective facts which amounted to ‘loss, injury or damage’’. It could not be postponed ‘until the pursuers were told of the problem’.

It may be fair to suggest that the courts’ approach relies in no small part on a degree of hindsight which, realistically, just isn’t possible. If you have ever engaged someone’s professional services, your own prescriptive clock might be ticking.

What is the new rule?

Section 5 of the Prescription (Scotland) Act 2018 makes changes to section 11 of the 1973 Act. It provides that ‘where…the creditor was not aware, and could not with reasonable diligence have been aware, of each of the facts mentioned in subsection (3A)’ the relevant date from which the five-year period will run is ‘the date when the creditor first became, or could with reasonable diligence have become, so aware’. Those facts are i) that loss, injury or damage has occurred, ii) that the loss, injury or damage was caused by a person’s act or omission, and iii) the identity of that person.

What will that mean going forward?

By requiring knowledge of not only loss, but also that the loss was caused by another, identified, person, the provision should draw the law of prescription away from the narrow interpretation more recently imposed by the courts. In short, it reduces the likelihood of a prescriptive clock unknowingly ticking in the background.

However, we would always advise that the safest approach, if you suspect that you have suffered loss as a result of breach, is to take legal advice at the first opportunity. 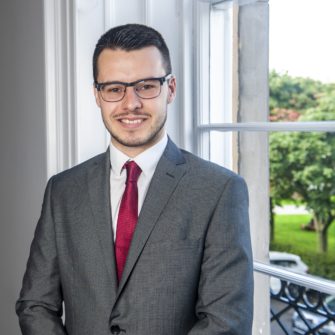 To find out how we can help you with this topic or others, contact our expert teams or Conner McConnell directly.

Our experienced litigators can provide a broad ranges of advice in relation to disputes.

Our experienced team can advise on a broad range of property disputes.