The so called “Right to Roam” has been law in Scotland for over 15 years since the relevant provisions of the Land Reform (Scotland) Act 2003 Act came into force. Perhaps most feel they are familiar with the principle, but some aspects are less well known, and some have been the subject of litigation over the past decade or so.  The following serves as a reminder of the overall legal position and what to look out for should you find yourself with unwanted visitors on your land.

The right to roam is clearly not completely unrestricted. The right, as set out in the 2003 Act, allows anyone to cross most land and inland water and carry out recreational activities on that land/water as long as it is done responsibly.  Educational activities and certain commercial activities (such as guided tours) are also permitted. The Scottish Outdoor Access Code provides excellent guidance for both users and landowners on how this responsible exercising of the right may be best achieved. This includes keeping pets under control and not acting in an anti-social manner. Shooting, hunting and fishing are not permitted under the right to roam and are subject to entirely separate regimes governing these rights, which will have been discussed in detail in other articles. [click here]

The right to roam does not allow access to buildings. School grounds and sports fields are restricted for obvious reasons and land on which crops are growing is also excluded from the right to roam, in order to protect farming operations.

Most private gardens are also not covered by the right and the question of privacy has dominated much of the discourse surrounding the “right to roam” since its inception. The extent of a private garden in the suburbs of a city will likely be clear and obvious (marked by hedges and/or fences and gates…). However in rural settings the boundaries may not always be so clear – and even if they are, the grounds may be large enough that access may be taken through a “private garden” without impinging on the owner or occupiers right to privacy. The test provided by the 2003 Act is that “Sufficient adjacent land” to buildings is excluded from the public access rights. Courts have been clear that this will mean different things for different properties and there is no blanket 20 metre rule or similar. In a well-publicised case from 2007 it was found that grounds adjacent to a country mansion of 11 acres could be excluded from public access. There were many factors to consider but the test for privacy and enjoyment must be objective and not relate to the particular landowner from time to time.

The recent case of Renyana Stahl Anstalt v Loch Lomond and the Trossachs National Park Authority did not relate to garden or policy ground but rather an area of ground (circa 120 hectares) in an estate which the estate owner wished to restrict or limit access to, principally by locked gates.  While restricting access for legitimate land management reasons (e.g. during tree-felling operations) is permitted, the court determined here that it must meet a similar objective test of whether the restriction is justifiable. This judgement was a move away from the previous approach by the courts that the test should be subjective based on the landowners thinking.

While the rights being exercised responsibly will minimise disputes there will still be cases where users and landowners disagree. If you require advice in relation to the matters raised above, please get in touch. 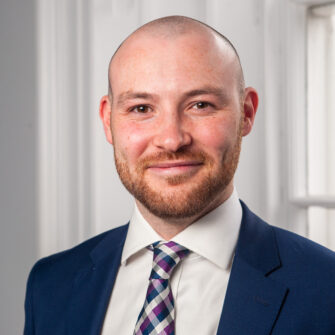 To find out how we can help you with this topic or others, contact our expert teams or Marcus Downie directly.