This’ll be the year …

How’s your ‘to-do’ list? Did you make any resolutions at New Year? Or have the last couple of years taught you not to get too carried away making plans?

As well as witnessing clichéd intentions to drink less (or, at least, better quality) wine, eat healthily and be more active, January traditionally brings us a flurry of phone calls from clients motivated to ‘get things in order’.

Even though certain themes recur annually – submitting tax returns by 31st January, topping up ISAs or making tax-efficient gifts by 5th April, etc – as busy individuals, we do have a regrettable habit of leaving things to the last minute. With only a week to go until the filing deadline for Self Assessment, HMRC reported on 24th January that four million customers still hadn’t lodged their 2020/1 return. No doubt, many will take full advantage of this year’s bonus month before a late payment penalty becomes due, but those who haven’t been paying attention may be in for an unpleasant surprise when they discover interest accruing on their outstanding tax bill from 1st February. No extension there, I’m afraid.

Whether we’re planning for the predictable (eg tax returns), the unlikely (eg losing capacity through accident or illness) or the inevitable (passing away), leaving things until the eleventh hour is rarely relaxing, often leads to additional expense, and always carries the risk of a missed opportunity.

We see some of the most painful effects of this when someone has died either without a Will or – sometimes worse – with a Will that is out of date and no longer fit for purpose. If there is no Will, fixed rules of ‘intestacy’ dictate who inherits what and there is no discretion. In some cases, the end result may be what the person would have wanted, but winding up the estate tends to be more expensive and time-consuming than it would have been had they signed a Will. In other cases, the result can be disastrous, with assets passing to estranged or unknown relatives. If an old, unrevoked Will does exist, but bears no resemblance to the person’s last-known wishes, that is just tough luck; the terms of the Will stand, unless the named beneficiaries choose to do the honourable thing and redirect their inheritance.

Problems also arise for all concerned if someone has lost the ability to make their own decisions and hasn’t previously signed a Power of Attorney. People often assume that family members are automatically entitled to make decisions in such a scenario, but that simply isn’t the case. If the person is no longer capable of giving the right people authority to act on their behalf – by granting a financial and welfare Power of Attorney – there may be no alternative but to apply to court for the appointment of a ‘Guardian’, which can take many stressful months and cost thousands.

Waiting to put a Will or Power of Attorney in place until it’s about to be needed is risky and a bit like aiming to buy house insurance a couple of days before you’re burgled. Signing these documents now would make things so much simpler for those on whom you would rely if you needed help later in life, or for those left behind to wind up your estate after you’ve gone. These could also be some of the quickest items on your to-do list to strike off, as they are relatively easy to organise, and may only need to be done once (although it’s still sensible to review them every so often, to make sure that they remain appropriate).

One last thought … have you considered whether you may actually be the person who has to sort things out for a relative or friend? If so, encouraging them to plan ahead now with their own Will and Power of Attorney could give them peace of mind and you an easier life. Win-win! 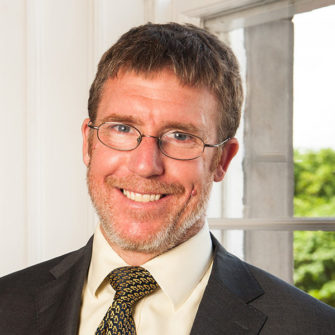 To find out how we can help you with this topic or others, contact our expert teams or Donald Winskill directly.