Grant making trusts and foundations are an often misunderstood and perhaps under-appreciated constituency of the UK charity sector, but certainly not one to be overlooked.  The sector has combined assets of over £60bn and contributes almost £5bn each year to myriad charitable causes, yet it is often shrouded in mystery, for example lacking websites or basic contact information, details of trustees, funding criteria, etc. In Scotland, OSCR (the charity regulator) does not even publish the names of trustees, in stark contrast to the Charity Commission in England and Wales.  Whilst the intentions and independence of these trusts and foundations are undoubtedly a key strength, unburdened as they are from political agendas, or the need to only fund things that are seemingly popular, they are often stifled by a lack of transparency, accountability and diversity: some or all of which they will often demand from their grantees.

One could argue that the good they do is outweighed by any shortcomings they may have, but all of that may be about to change, thanks to a new pilot scheme being supported by several of the UK’s leading grant-making trusts.  The Foundation Practice Rating has been designed to assess trusts and foundations against those three pillars of transparency, accountability and diversity.  In the first year of the study, 100 UK foundations contributed to the study which grades each participant A-D for each criterion as well as an overall grade.  Only three foundations scored ‘A’ overall with 22 being graded ‘D’ in all three categories – illustrating that there’s definitely room for improvement.

The study shines a light on the fact that many trusts and foundations expect their grantees to provide much of the data that they themselves do not share.  For example, most trusts expect grantees to provide a detailed analysis of their effectiveness as organisations, yet only a third provide such data about themselves.

Whilst financial heft did not seem to correlate to the grading received, one trend which did emerge was that grades tended to be better in organisations with more trustees, and whilst this did not necessarily correspond to absolute diversity on trustee boards, it does show the value of having a range of views, experience and expertise around the table.

The study presents an opportunity for grant making trusts large and small to consider what they can do to make themselves more approachable, accountable and diverse.  By ensuring that trustee boards have independence, that all grant-making policies are transparent and easily accessible to those seeking funding and there are straightforward means of communicating with grant-making organisations to create a true dialogue, this can help to further enhance the impact that trusts and foundations make through their giving.  Indeed, as many grant-making trusts have their origins in family benefaction, newly formed or forming trusts may want to consider these three pillars (transparency, accountability and diversity) from the outset, and existing trusts could undoubtedly benefit from undertaking a review of their policies and procedures for the future.

It remains to be seen how quickly this study will influence behaviours within the sector, but credit to Friends Provident Foundation for kick-starting this initiative which one hopes will continue to drive positive change in the coming years.

This is a guest article for Gillespie Macandrew, written by Dr Craig Fleming from FJ Philanthropy Ltd. 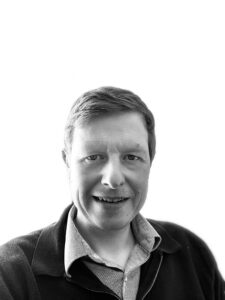 FJ Philanthropy Ltd is a UK based consultancy specialising in fundraising and philanthropy across the charity, higher education and not-for-profit sectors.

To find out how we can help you with this topic or others, contact our expert teams or directly.